If you’re like me, you know that a reliable converter/charger is a must for your RV kit. When we are continuously on the road, we want to have peace of mind knowing that our battery or appliances aren’t going to go out on us.

I’ve taken the time to outline some details about the Arterra WF-8955 so you can choose if this product is the right one for you and continue to enjoy the open road in comfort and security.

The Arterra WF-8955 is an electrical converter capable of providing 55 amps of power to the household appliances you need to use in your RV. Converters are essential in modern RVs because household appliances need alternating current (AC) power, while the power stored in batteries is direct current (DC). This means that a TV or hairdryer can’t use electricity that comes directly from the battery–it needs to be converted into the proper format first.

Likewise, you can’t charge your battery directly from a shore power source without conversion the opposite way – from AC to DC. The Arterra WF-8955 is a dual-use device, so it can also perform this function.

One feature is the different modes the device goes into while charging your battery from shore power. The converter/charger only passes through the amount of power the battery needs:

Only sending the amount of power your battery needs at that moment will extend its life.

The Arterra WF-8955 also monitors the currents’ condition flowing through your RV, shutting off power automatically in dangerous situations.

The first thing I noticed about the Arterra WF-8955 wasn’t the specs or the safety features, but the way it looks. Power converters are usually, not to put too fine a point on it, ugly. In a way, that makes sense: they are utilities, meant to do a job, not look nice. Anyone who’s spent a lot of time in an RV knows that every inch of the vehicle becomes an integral part of your home.

That’s why the beautifully finished exterior of the unit, which comes in black and brown, makes such a difference. Depending on where the power converter goes in your RV, this will be more or less important to you.

The other delightful feature is one that goes unnoticed: just how little noise the unit makes. Like most other electrical devices, power converters get hot when in operation and require fans to cool themselves down. The Arterra WF-8955’s only run when they’re absolutely needed instead of continuously. RVs are, of course, for sleeping as well as traveling, so the absence of that hated whirring noise meant much better rest for me.

The Arterra WF-8955 Converter/Charger is one of my top picks for the best RV converter.

There are a few things that didn’t quite hit the target right with the Arterra WF-8955. First off, it’s a hindrance that there’s no dedicated USB charging port in this day and age. My RV doesn’t have one in the dashboard either, so I’m still messing around with finicky converters.

Another, more serious issue has to do with troubles during the installation process. A few of the components are difficult to work with because of the hard plastic the Arterra WF-8955 consists of. For example, it was hard to route some of the wires leading to different outlets into the back of the unit. I managed to get it all set up eventually, but it did take some time and stress.

Other than the installation problems, I didn’t notice any other issues with the Arterra WF-8955. Since you only need to install a power converter once, it’s not a dealbreaker.

Reviews From Other RVers

Most of the reviews from RV owners on Amazon are positive. Those who’ve bought the product say that it works without them having to give it too much thought. That’s the idea for a power converter – the less you think about it, the better. Other reviewers who were replacing significantly older power converters were surprised at how light the Arterra WF-8955 was compared to those made in past decades.

The negative reviews seem to point to some persistent issues in how WFCO packages the units. Several RVers who received the product reported a lack of protective packaging, which, for some of them, led to broken parts upon arrival. 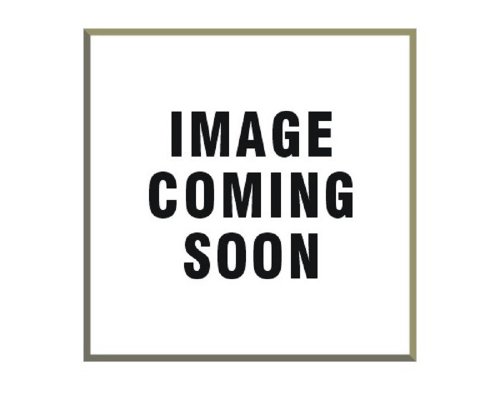 Overall, I have to conclude that the Arterra WF-8955 does an important job well. Given how much we RVers rely on a reliable supply of electricity, a high-quality power converter is necessary. The Arterra WF-8955 provides that security through its safety features and variable power supply. The way it looks and the lack of fan noises complement the basic, functional features.

With all this in mind, I’d recommend Arterra WF-8955 to any RVer in need of a hybrid RV power converter and charger.

Making Homemade Bread on the Road

Securing Your Trailer: Peace of Mind When You’re Away From the RV