How to Attach a TV Mount to your RV Wall

In this article, I’ll explain how I attached a mounting bracket for my RV’s television. I’ll also explain how I had to make some adjustments because the thickness of the walls of RVs are half of what you would find in a traditional sticks and bricks home. I’ll also explain why some of the hardware provided with the mounting bracket you purchased may not work for you and why it’s important to measure the hardware before you install it in you RV.

While I could have probably not needed this tool and could have found a stud by using the old-fashioned method of tapping on the wall, I purchased this stud finder made by Zircon. 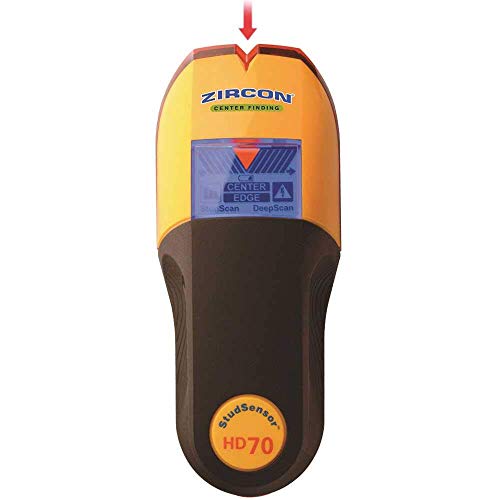 I’m glad I did too because one of its features is that was will detect electrical lines of any voltage as well as other hidden fixtures such as plumbing pipes and ventilation ductwork. Another great feature of this tool is that it’s designed to find the center of metal or wooden studs and once you have located the center of the stud, in has a conveniently placed notch where you can place a mark before you start the mounting process of your television bracket or any other project you may do in the future.

I was very impressed by this tool and its accuracy. However, it does need a 9-volt battery to work, so plan on buying one of those when you purchase this model. With that said, I have added this tool into my list of essential tools for traveling and RVing that I shared earlier in another article. 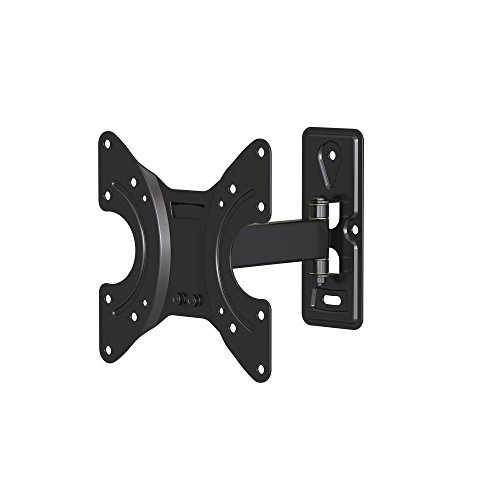 Once I located a suitable stud to mount my television that also allowed me to swing the TV around to watch it my from kitchen or living area of my RV, I chose a bracket that was designed to anchor into a stud that the hardware provided within the kit was more than I needed. In other words, it was designed to be a TV wall mount in traditional homes and not RVs. If you’re like me, and buying a part designed to work in a traditional home or apartment to save money, remember that it’s not likely that the provided hardware in the kit will fit your needs. In fact, in some cases they can actually cause problems such as drilling through the RVs outer skin or through its interior walls. In short, always check the length and dimensions of your fasteners to ensure they won’t be too short or too long where they may breach the interior surface of an opposing interior wall or worse yet, the exterior of your RV. If you don’t want to go through that trouble, consider getting a specific RV TV mount.

Another important thing to understand when installing a TV mounting bracket into your RV or even a traditional home is understanding your television or monitor’s VESA pattern for anchoring the device onto the bracket. In short, these are predetermined pilot holes located on the back of your monitor or television designed to align with the mounting bracket you have designed to install.

The size of these fasteners is determined by the dimensions and weight of your television or monitor you’re installing, and it should be determined prior to the installation. Always make sure you’re using the right size fasteners for your RV’s design and be prepared to spend a few extra dollars to buy the right size hardware to fit your RV’s design.

The same can be said for the VESA fasteners that connect the television or monitor to the bracket. Always use the recommended fasteners that align with the pattern on the back of your appliance or you could risk damaging the monitor or television you are trying to secure.

Admitting one mistake I made when mounting my movable TV bracket

I will admit that I made a mistake when I initially installed this set-up for one of my TVs. I wanted a small television on a mount that would swivel between my cooking area and my dining area so I could watch the TV while I was preparing my meals and eating them. However, this mounting bracket does not have a lock position for its arm and I soon discovered that while I’m on the road, the arm of the mount would open up and my TV would shifting out and in and back and forth while I was traveling down the road.

Although it wasn’t damaging my TV, the mount or bracket, I wanted to put a stop to this, and I immediately installed a temporary solution using a couple of screws and a bungee strap. After some thought and a trip to a small family-owned hardware store located in Salina, Kansas, I came up with a permanent solution to this problem.

Be sure to read our guide on the best RV TV antennas as well.

As always, my friends, travel safe, travel healthy and always remember to solve your problems by putting some thought into them. Thanks so much for following along and I hope to see you out on the road one of these days.

Cooking Tools Every RVer Should Keep in Their Kitchen

Are Wind Turbines for RV’s Practical and Would They be a Good Fit for Me?